Simon Jones will introduce the baroque violin and bow and discuss performance style and technique of the baroque period, Philip Heyman will give a short recital on the Pellegrina viola with a Q&A about this unusual instrument, and Markus Lawrenson (D’Addario Strings) will give an illustrated talk on the ‘Science, History and Care of Strings’.

A String Orchestra formed from the day’s participants will prepare and perform specially commissioned short works by Cardiff University student composers. The event promises to be a varied and inspiring day for all string players and teachers.

PLEASE NOTE: Players wishing to take part in the masterclasses should be of

Grade 7/8 standard or above, and once registered for the event must email Richard Barlow (rplbarlow@yahoo.co.uk) to express interest, providing details of the piece they wish to perform. Players must provide their own accompanist and must provide an additional copy of the score on the day.

Masterclasses fee is £10 for ESTA members (£25 for non-members). There is no fee for Cardiff University and RWCMD students.

£10 for ESTA members and their pupils

All events in the University Concert Hall unless otherwise indicated. 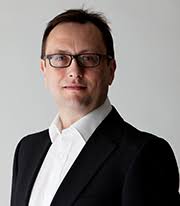 After graduating from Bristol University, Simon spent a year at Oxford University, concurrently becoming one of the founder members of the European Baroque Orchestra, of which he was made the first ever leader. He subsequently toured and recorded with most of the UK’s leading period instrument ensembles and held principal posts with The Academy of Ancient Music and the Brandenburg Consort. From 1997 to 2004 he was concertmaster of The King’s Consort, a role he combined with regular guest leading, directing, teaching and running his own ensemble Réjouissance.

Also at this time Simon completed his PhD in string performance practice at York University where he also taught violin and lectured. In 2004 he accepted the role of Head of Historical Performance at the Royal Welsh College of Music and Drama and in 2013 was appointed Head of the String Department. He continues to have responsibility for college-wide Historical Performance activity, and also fulfils external consultancy and examining roles for other institutions. These include appointments as external MMus examiner for Royal Birmingham Conservatoire, the Royal Scottish Conservatoire and The Royal College of Music in London. Over recent years he has undertaken masterclasses, coaching, adjudication and has curated performance projects at several institutions including The Royal College of Music, The Royal Academy of Music, Arts Academies at Idyllwild and Interlochen, and The Juilliard School in New York.

Simon is a Senior Fellow of the Higher Education Academy and has won several Learning and Teaching awards for his work in developing the RWCMD string syllabus and in recognition of his contribution to string teaching both nationally and internationally. In 2016 he was thrilled to be selected as one of only 55 National Teaching Fellows selected from all the UK Universities and Conservatoires. Simon’s work with the European String Teachers’ Association is particularly important to him, and he serves as a trustee and council member as well as being one of the mentors for the PG Certificate course.

Simon continues to perform and record with award-winning UK ensembles such as The Sixteen and Arcangelo as well as enjoying commercial recording work for film and TV, and he is particularly excited to have performed on one of the Harry Potter film soundtracks! 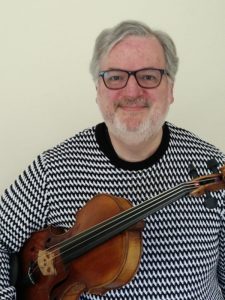 On graduation he was immediately offered a permanent post with the BBC Symphony Orchestra, with whom he toured extensively and appeared in many Prom concerts. Subsequently he accepted the position of Sub-Principal Viola with English National Opera where he remained for nine years. During this time he worked with many major British orchestras and ensembles, as well as giving recitals and teaching.

In 1998 he took up his current position as Principal Viola for Welsh National Opera, and has subsequently performed many of the major orchestral solos, some on radio and television. He has been invited as guest Principal with many national orchestras and groups including CBSO, RPO, BSO and RLPO.

As a member of the viola/piano duo Altitude he continues to give solo recitals, consultations and teaches, both privately and at Cardiff University. He was a member of the Cardiff based viola quartet Absolute Zero and has also started to explore the repertoire for guitar, flute & viola as a member of Still Life with Guitar

In 2002, Philip became the owner of Europe’s first Pellegrina pomposa model viola; an instrument he considers to be a significant innovation in string design and which he feels privileged to champion. 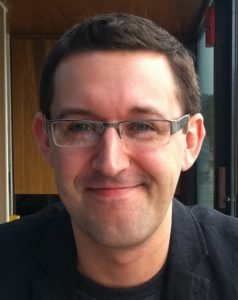 Markus Lawrenson is Orchestral Sales & Marketing Specialist for D’Addario UK.  His background is as a professional violinist.  A graduate of the Royal College of Music, Markus has a wide range of playing experience.  During his studies, Markus developed a passion for orchestral playing inspired by working under conductors including Simon Rattle, Lorin Maazel and Bernard Haitink.

A member of the Guiyang Symphony Orchestra, China for nearly 7 years, Markus toured China and Asia extensively and performed a vast amount of repertoire.  Prior to this he freelanced throughout the UK performing in various ensembles and orchestras.

His musical highlights include BBC broadcasts and recordings from the Albert Hall and performing at Buckingham Palace for Prince Charles. 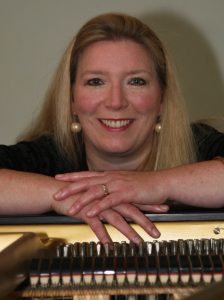 Caroline Rae is a Reader in Music at Cardiff University, pianist, writer and broadcaster. She has published widely on twentieth century French music and maintains an active career as a performer giving recitals relating to her research interests. She was Series Advisor to the Philharmonia Orchestra’s landmark festival ‘City of Light: Paris 1900-1950’ and has been a programming consultant to the BBC National Orchestra of Wales. She speaks regularly at international music conferences and has given public talks at the BBC Proms, Royal Festival Hall, Barbican and Royal College of Music. She broadcasts regularly on BBC Radio 3, recent projects including BBC Ravel Day, iWonder Guide (Brahms), Dutilleux Composer of the Week, Record Review and Building a Library. A pupil of Dame Fanny Waterman from childhood, she also studied with Yvonne Loriod-Messiaen in Paris, and is a graduate of Somerville College, Oxford and the Hochschule für Musik und Theater in Hanover where she trained with Karlheinz Kämmerling and David Wilde. She was made a Chevalier de l’Ordre des Arts et des Lettres by the French Government in 2018 for her services to French music.

Richard played with the Cardiff Philharmonic Orchestra for 10 years and plays regularly with Brecknock Sinfonia and for Pluck and Squeeze, a Cardiff-based ceilidh band.

Richard has been ESTA’s local regional officer for the past three years and has been involved in several previous events at the university and the RWCMD. As a big supporter of ESTA he has attended many Summer Schools in Chichester and Cheltenham and he is dedicated to helping ESTA to grow and to encourage more new members….

Booking is open to members and non-members of the European String Teachers’ Association. For details of membership of ESTA (UK) please contact the membership secretary or visit our ESTA Benefits page.

In case of illness or other circumstances beyond our control we reserve the right to alter advertised presenters but will inform you if this proves necessary.

The European String Teachers’ Association accepts no responsibility for loss or damage to instruments or personal belongings. You are strongly advised to provide your own insurance for instruments and other possessions.

ESTA (UK) reserves the right to take photographs and video content. If you have any objections please email sheila@estastrings.org.uk