On graduation from Newcastle University Ted worked in various engineering companies, then IBM designing payroll and production control systems, and Rank Xerox selling photocopiers. During this time he also worked as a property developer and freelance viola player while having lessons with Roger Best. 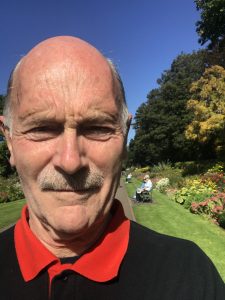 Ted spent eighteen years as a viola player with Welsh National Opera and during this time had lessons from Csaba Erdeli and Harry Cawood. For the next 20 years he was a freelance violin and viola player and teacher in the Cardiff area and manager and member of the Cardiff based St David’s string quartet, Ted has been a tutor with the National Children’s Orchestra, and been a member of staff at the Royal Welsh College of Music & Drama and Haberdasher’s Monmouth School for Girls. He was also Director of Instrumental Studies at St John’s College Cardiff and was the Director of the Grittleton Junior Chamber Music Course.

Many of his former pupils have attended Chetham’s School of Music and the Purcell School. In addition other former students have been undergraduates at all the major Welsh and English conservatoires. Two of his former pupils have been members of the first violin section of the London Symphony Orchestra, a number play in other professional orchestras, one is the Recordings Manager of the Royal Philharmonic Orchestra and another is the General manager of the English Chamber Orchestra.

Recently Ted has presented workshops on Vibrato & Spiccato for ESTA at Cardiff University and in the “Pathway to Teaching” series at Primrose Hill Community Centre.

Ted is 77 years old and still teaches violin and viola, in a joint practice, with his partner Jane Gregory, in Cardiff.