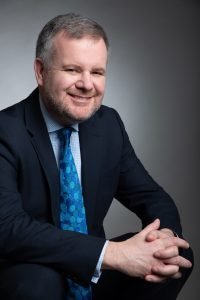 After graduating from the Royal Welsh College of Music and Drama, Philip completed his Post Graduate studies at the Guildhall School of Music and Drama, London. Philip now enjoys a career in music with roles in senior management, performance and education. He is currently CEO of European String Teachers Association, Director of Young Grittleton Chamber Music Courses, Joint Managing Director of PartPlay LTD and a member of the 1st violin section of the Royal Ballet Sinfonia.

His playing career has included guesting with the Royal Philharmonic Orchestra, Royal Opera House, Welsh National Opera, English National Opera, BBC National Orchestra of Wales and the Royal Scottish National Orchestra.  Philip loves musicals and has played frequently in London’s West End for shows such as Chicago, Phantom of the Opera, Carousel, Showboat and West Side Story. His studio work includes numerous recordings for film and TV, including Harry Potter (The Half Blood Prince) and several drama series for the BBC and ITV.

As an educator Philip has held teaching posts at several independent schools and also lectured at the Guildhall School of Music and Drama, Royal Welsh College of Music and Drama and Royal Birmingham Conservatoire. In collaboration with Thomastik-Infeld, Philip as co-founder of PartPlay has launched a free app and on-line resource for students wishing to study chamber music.

In his role as CEO of ESTA UK, Philip has developed the strategic pathway for its professional development courses and accredited programs. Philip is also in demand as a consultant and works closely with the music industry. Philip is a Fellow of the Royal Society of Arts, String Ambassador for the Royal Welsh College of Music and Drama and has an MBA from Aston Business School.