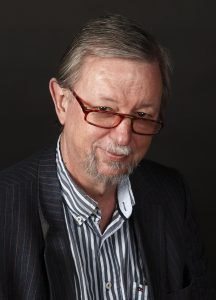 John Shayler’s musical life began with violin lessons at Bedford School with Helena Langford. While studying sociology at Sussex University, he had part-time lessons at the Guildhall School of Music with Joan Spencer, who persuaded him to do a postgraduate year full-time. His association with Bedfordshire Youth Music began in 1968, when he led the then new County Youth Orchestra for a while, before becoming tutor of the violins. After his studies at the Guildhall the then new Music Advisor, Michael Rose, offered him a violin teaching job with the Authority, and after a year, John became Head of String Instrument Teaching, a post he held until his early retirement in 2002.

As well as his association with Bedfordshire, John has been a member of the Management Committee and Council of the European String Teachers’ Association for many years, and was appointed Chair of Council in December 2012. Since his retirement, John has been travelling a lot, exploring the sights and beers of over 50 countries.